Sunday Mass at the London Oratory

Despite relatively frequent visits to London I still had not managed to attend a Sunday Solemn Sung Latin (novus ordo) Mass at the Oratory for one reason or another. This Sunday however provided the perfect opportunity, as the Oratory choir continues to sing while many others are in recess. The ordinary was the Byrd four part Mass, with almost the full chant propers (the offertory was a setting of Nigra Sum by Lhéritier - a setting I had not heard before) and the communion motet was the Byrd Ave Verum. Credo III was sung alternatim, with the choir parts sung by the countertenors.

Below is a short video of part of the Byrd Agnus Dei - for some reason I cannot edit the video on my current laptop so please excuse the lack of polish. The music starts a little way in and ends rather abruptly.

The Oratory's monthly music list may be perused here.

Mass was followed by a light luncheon taken in the gardens of the less Papist Holy Trinity Brompton (the former stomping ground of the current Archbishop of Canterbury). 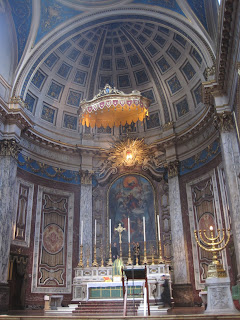 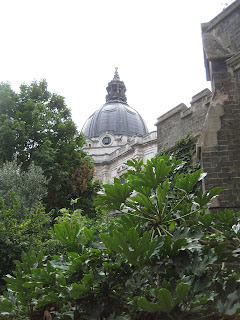