The imposing St Mary’s Cathedral in Sydney today became the focus of Australia’s attention as the nation comes to terms with the shocking aeroplane disaster in eastern Ukraine.  Many of the wretched souls aboard the flight were Australian citizens or residents, including a nun from the Society of the Sacred Heart.  Requiescant in pace.

Yesterday, it was announced that the Prime Minister, the Hon Tony Abbot, and the Governor-General, HE Sir Peter Cosgrove, would attend Sunday Mass at the Cathedral.  As it transpired, they were accompanied by the Governor of NSW, HE Marie Bashir, the NSW Premier, the Hon Mike Baird, the leader of the (Federal) Opposition, the Hon Bill Shorten, and a host of other politicians.  Also present were members of the Society of the Sacred Heart, girls from the Society’s convent school Kincoppal Rose Bay, and representatives of the Dutch community (the flight’s provenance was Amsterdam and the great majority of passengers were Dutch). The celebrant was the Most Rev Peter Comensoli, Apostolic Administrator of the Archdiocese of Sydney (the Archdiocese is still sede vacante). 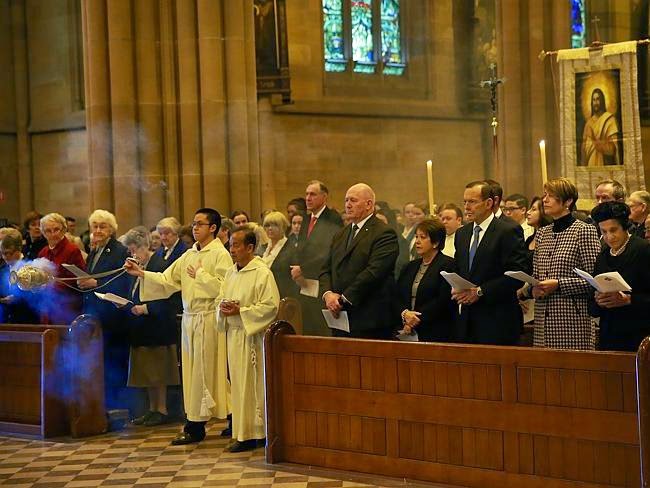 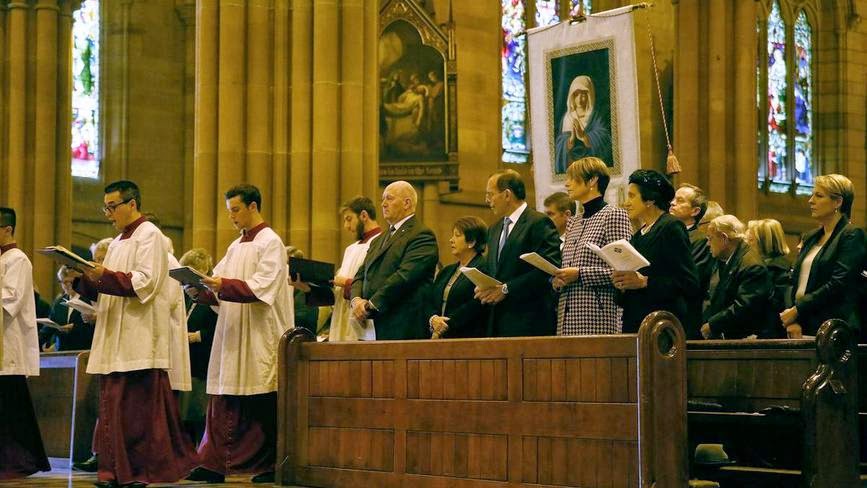 The Mass was the solemn choral Mass at 10.30 am, with the usual mixture of plainsong, polyphony and hymns.  The Mass setting (Kyrie, Gloria and Agnus Dei), that of modern British composer Judith Bingham, has been described as “uncompromisingly austere” and “unsettled”, and so (unwittingly since this setting was chosen before the awful events of the last 48 hours) appropriately reflected the nation’s mood: subdued and troubled.  The Bingham Mass was juxtaposed with the familiar and comforting melodies of Credo III and the Sanctus and Agnus Dei of Mass XI (all sung in Latin), and two hymns.  The offertory motet was The Beatitudes (Albinoni arr Giazotto).  The full music list is here.


From 11:08 of this news bulletin (available to view for 7 days) you can hear the choir singing Credo III.

And in this video you can hear the choir singing the Introit Ecce Deus adiuvat me.