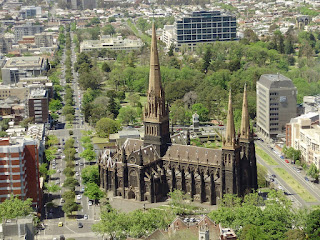 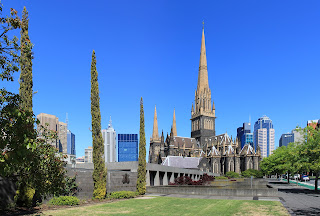 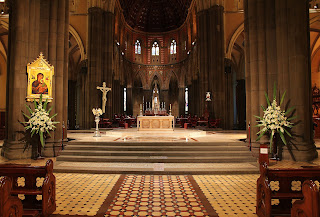 At the Pope's invitation, the Choir of Westminster Abbey (C of E) will sing with the Sistine Chapel Choir for the Papal Mass on the Feast of Saints Peter and Paul.  Read the story here.  The Mass will be televised.

For the 2010 Order of Service for the festal Mass at St Peter's, click below (in three parts):
The Abbey choir is not the first high profile choir to sing in the Vatican Basilica on this Feast. Who could forget this rather lavish affair in 1986?