The mp3 of the broadcast from the BBC archives is available by clicking here. Musical choices listed here. A fascinating insight into the remarkable conductor who died three days ago.

And here Sir David, Sir Philip Ledger and Stephen Cleobury regale us with stories about their respective tenures as Director of Music at King's.

The esteemed choral conductor Sir David Willcocks, erstwhile organ scholar and Director of Music at King's College, Cambridge, has died aged 95. Many will remember him for his prolific recordings with the Choir of King's College, many of which were remarkably forward thinking for their day, though not necessarily in line with the emerging "historically informed performance" movement. One of my treasured discs is Sir David conducting the Haydn Nelsonmesse - a scaled down London Symphony Orchestra and the King's College Choir in top form make that recording as fresh today as when it was recorded in July 1962. Many of Sir David's arrangements of and descants for Christmas carols continue to be widely used. See a full obituary here, which is full of interesting details of which I had not been aware until now - for instance, he was a decorated war hero, keen surfer and conducted the first British performance of Duruflé's Requiem. His successor at King's, Sir Philip Ledger, died in 2012 aged 74. 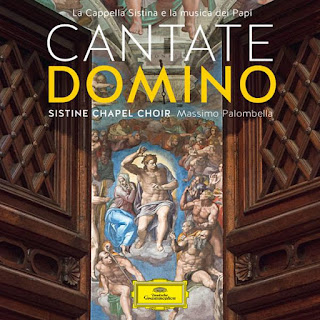