Every cathedral should have a Sunday Mass like this one ...

... and so should as many churches as possible.

The cathedral is perhaps one of the most well known in the world, Notre Dame de Paris.  Whatever might otherwise be said about the music at Notre Dame's Masses on Sundays and during the week, one cannot but admire that on Sundays, a fully chanted Mass is sung: 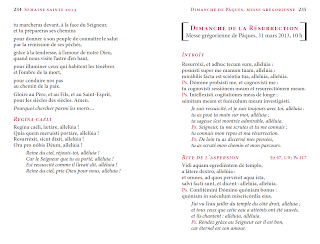 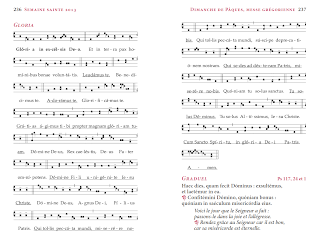 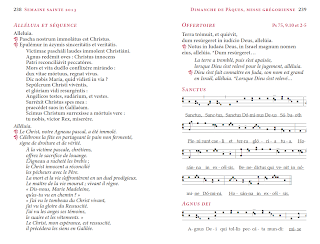 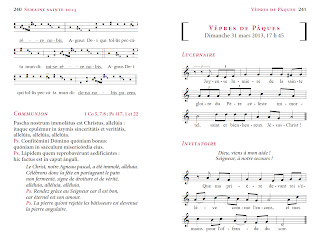 I have long held the view that, regardless of other Masses at a cathedral or parish church (solemn sung with chant and polyphony, said Mass, vernacular Mass with hymns and modern settings of the Ordinary), one Mass should be a fully chanted Mass - the people singing their parts (responses to the dialogues, Mass Ordinary, etc), the choir its part (Propers from the Graduale, otherwise supporting the congregation sing their parts), and the celebrant chanting his parts.  A nine o'clock Mass would be ideal - with Masses either side being, say, no music and chant/polyphony (or hymns and moderns congregational settings of the ordinary) respectively.

Of course, the dialogues need not be in Latin (though one is reminded of Pope Paul VI's exhortation when he issued Iubilato Deo, drawing on the documents of Vatican II).  The Roman Missal, Third Typical Edition has vernacular chant fully covered.  Why not use a book that has the Latin and English chant side by side?  Or why not use Notre Dame's order of service as the starting point of a customised order of service (like they have at St Peter's (this one has Orbis Factor, Credo III and all the dialogues), Westminster Cathedral or St Mary's Sydney)?

The possibilities are endless.  The resources are readily available.  Discuss, plan and execute.  Make it happen!
Posted by Kentish Man at 00:25